Decades of armed conflict between the Philippine government and rebel groups in Mindanao have, and still, forcibly displaced tens of thousands of Filipinos. The situation is especially grim in the CARAGA region, composed of five provinces: Agusan del Norte, Agusan del Sur, Dinagat islands, Surigao del Norte and Surigao del Sur. The region is home to more than 2.7 million people who live in some of the poorest communities in the country.

The CARAGA region is one of the richest sources of minerals in the country with immense potentials in agriculture, forestry and ecotourism. This natural bounty, however, has been a source of armed conflict between the government and various groups for many years. The violent clashes increase the number of internally displaced persons (IDPs), exacerbate poverty and derail economic growth.

The IDPs of CARAGA region are the focus of humanitarian care by the government and non-profit organizations. UN Guiding Principles on Internal Displacement defines IDPs as “persons or groups of persons who have been forced or obliged to flee or to leave their homes or places of habitual residence, in particular as a result of or in order to avoid the effects of armed conflict, situations of generalized violence, violations of human rights or natural or human-made disasters, and who have not crossed an internationally recognized state border.”

The Deutsche Gesellschaft für Internationale Zusammenarbeit (GIZ) GmbH is one of the organizations that has been working to deal with forced displacement in the CARAGA region. GIZ is a service provider in the field of international cooperation for sustainable development and international education work. Its main commissioning party is the German Federal Ministry for Economic Cooperation and Development (BMZ) though it also works with the private sector and national and supranational government organizations.

GIZ has been working with the Philippine government through the Office of the Presidential Adviser on the Peace Process (OPPAP) since 2017 to address the impact of forced displacement at regional and local level because of violence. Its project, “Strengthening Capacities on Conflict Induced Forced Displacement in Mindanao”, involves four interlinked fields of activity:

The main goal is to improve the lives of IDPs in violence-ridden areas in the CARAGA region.

What is the major challenge of GIZ in realizing its primary goal?

The German development agency needs to raise awareness for the IDPs and to draw investments for its project.

What are the opportunities ASSIST – Creative Lab see to solve the challenges?

Creative Lab, a specialized unit under ASSIST, provides innovative design capabilities to solve the communication, visibility and knowledge management needs of development stakeholders such as GIZ.

For the GIZ project for IDPs in the CARAGA region in Mindanao, Creative Lab was tasked to develop a three-minute whiteboard video that seeks to explain internal displacement, its effects, and who are affected by it, and promote awareness to draw in investments toward strengthening capacities. The video was to be to the target audience including bank institutions, GIZ partners and local government actors via online channels.

A whiteboard video is patterned after traditional chalk-and-board lectures. It is animated and commonly accompanied by voiceover narration. Whiteboard videos are powerful tools to educate, promote and tell compelling stories.

What are the specific solutions ASSIST-Creative Lab delivered to solve the challenges?

GIZs main goal is to let its target audience know about a socially-charged topic that involves a number of stakeholders. However, the agency would like to use neutral language and avoid graphics that blatantly depict violence.

A whiteboard video can pack complex messages into a 2-3 minute presentation. It can convey a message as serious as the conditions of IDPs in conflict areas into a digestible content delivered in neutral language.

Creative Lab conducted research for a deeper understanding of the forced displacement situation in Mindanao using studies, public documents, journals and documents provided by GIZ. It then developed a Creative Brief that served as the guide in the creative process. It encapsulates the objectives, key concepts and messaging and the overall look of the whiteboard video. A Creative Brief is signed off by all of the project stakeholders.

The next step in the production process is script development which involved an exchange with GIZ to in terms of the factual accuracy, narrative logic and consistency of certain terminologies to be used in the video.

The script is then translated into a visual blueprint referred to as a storyboard. Creative Lab created rough sketches of the whiteboard video, frame-by-frame. The voiceover recording was done in parallel to the storyboard development to ensure that the tone, expression and voiceover match the visuals.

Finally, all the elements of the whiteboard video are pulled together through animation. Creative Lab used high-end software programs to apply the technical requirements from the concept, script and storyboard. The voiceover and background music were integrated into the video before exporting it to the whiteboard app.

In support of the whiteboard video development, ASSIST performed thorough research and created the following materials:

ASSIST – Creativelab will put your ideas into powerful communication materials, whether you need a case study, a website or a whiteboard video. Need help with impactful design and development? Contact us today! 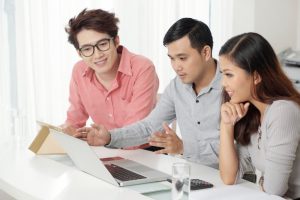 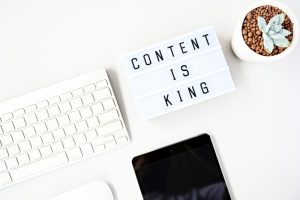 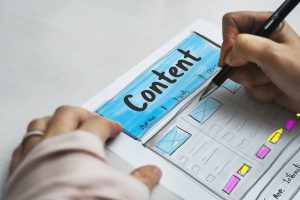 Five things to look for in your content development partner 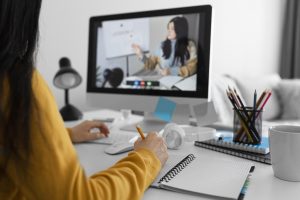 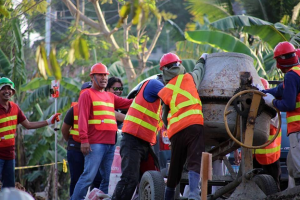 Get The Latest Updates

No spam, notifications only about new products, updates.

ASSIST Creativelab is a specialized unit of Asia Society for Social Improvement and Sustainable Transformation.

No spam, notifications only about new products, updates.